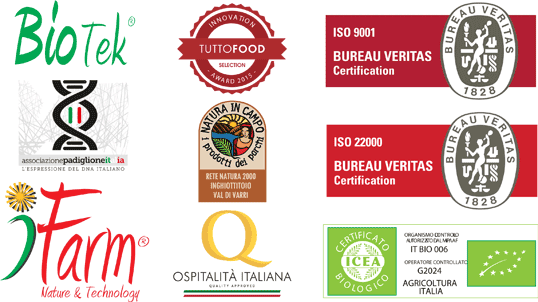 Ferrari Farm is located in a hilly farm of 10 hectares, overlooking Lake Salto, the largest artificial reservoir of Lazio Region. The area is known as Cicolano in the low Province of Rieti in the southeastern border with Abruzzo, mainly mountainous area. This area was inhabited in ancient times by Equi, a people of central Italy, who settled here after the defeat suffered by the Romans around the beginning of the fourth century BC. Until 1861 the Cicolano was part of the Kingdom of Naples (that, after the conclusion of the Congress of Vienna in 1815, was called the Kingdom of the Two Sicilies) within the province of Abruzzo Ulteriore Secondo with capital Aquila. Following the administrative reorganization wanted by the fascist regime of Mussolini, with the division of the territory in regions as well as provinces, by 1927 the territory was detached from Abruzzo Ulteriore Secondo and was conferred by the fascist regime to the province of Rieti.

If you not change browser settings, you agree to it. Learn more